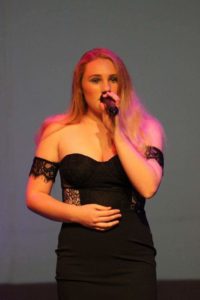 Student of Pro-Ed Academy in Swakopmund

Jessica started singing lessons when she was 10 years old with Alinda Lu’Mar (while she lived in Swakopmund) and is currently with Tina Fraser since 2018.

Jessica took part in as many competitions as possible, locally and internationally. The competitions that stood out was IFAA, NACOPA and WCOPA.

Jessica represented Namibia (IFAA – International Fine Arts Association) in Loret Del Mar in Spain in 2016. She brought back a silver medal for one of her vocal numbers.

A film team travelled with us from South Africa and made a series called: “Hollywood Hier Kom Ek”. Jessica featured in this series as well that Aired via KykNet.

In a local competition (Country Voice), she received a second place.

Jessica is currently one of the Top 10 in Voice of Namibia. The finale will be held on the 7th of March 2020 at the Dome, in Swakopmund. See the Voice of Namibia Facebook Page.

Jessica is working real hard and has big dreams for her singing career. She is currently saving to record a CD at a well known recording studio in Cape Town and to move to Los Angeles in the future. 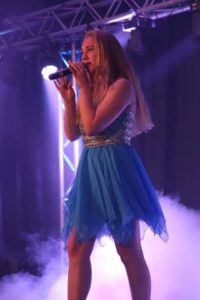 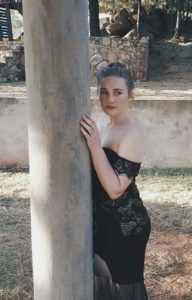